Brent excels at taking complicated problems and making them accessible for his clients, jurors and judges. His M.B.A. training allows him to assist clients in making decisions that are truly in their best financial interests.  He is honored to be ranked "AV" - Preeminent - by his colleagues in the widely recognized Martindale publication.

Brent concentrates on insurance policy and bad faith disputes. His practice is unusual; he represents both insurance policy holders and insurance companies, depending on the case, gaining unique insights into both perspectives. This experience allows him to get to the real issues in an effective, efficient way. He is a regular lecturer on insurance issues at legal seminars for other attorneys.

Working for policy holders, Brent has obtained millions of dollars in jury verdicts and settlements for his clients, often including a recovery of his attorney fees, from insurers that wrongfully denied claims. Sometimes he convinces Insurance Companies to reverse course on a denied claim without resort to the legal system, but when a lawsuit is necessary, Brent does not hesitate to go to trial and through the appellate process to obtain the best result for his clients.

Working for insurers, Brent has successfully defended many multi-million dollar bad faith claims, from motion practice and jury trials in State and Federal Court, all the way through the Washington Supreme Court. He is acutely aware that insureds can exhibit their own brand of bad faith, twisting the legal protections meant to aid consumers into offensive, unrecognizable claims that promote nothing more than unjustified enrichment, forcing premium increases for every other insured.

Outside of insurance, Brent has achieved outstanding results for clients on a wide variety of matters ranging from professional negligence claims to disputes between co-owners of companies.

Result: Obtained $5.4 million judgment for my client as a result of bad faith claims handling by Hartford.

Result: Obtained judgments, after two-week jury trial, against Mark DiSalle and David LaDow summing to $730,000 for breaching fiduciary duties to my clients.

Result: Obtained reversal of $1.5 million jury verdict against my client, in published Court of Appeals decision.

Result: Obtained reversal of $3.3 million judgment against my client at the Washington Supreme Court.

Result: Prevailed over State of Washington's claim for return of $3.6 million payment, at the Washington State Supreme Court. 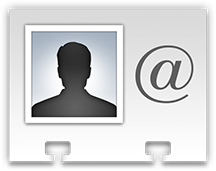